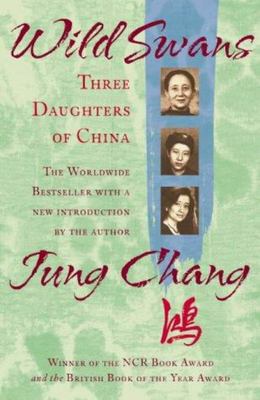 A new edition of one of the bestselling and best-loved books of recent years, with a new introduction by the author. The publication of 'Wild Swans' in 1991 was a worldwide phenomenon. Not only did it become the bestselling non-fiction book in British publishing history, with sales of well over two million, it was received with unanimous critical acclaim, and was named the winner of the 1992 NCR Book Award and the 1993 British Book of the Year Award. Few books have ever had such an impact on their readers. Through the story of three generations of women -- grandmother, mother and daughter -- 'Wild Swans' tells nothing less than the whole tumultuous history of China's tragic 20th-century, from sword-bearing warlords to Chairman Mao, from the Manchu Empire to the Cultural Revolution. At times terrifying, at times astonishing, always deeply moving, 'Wild Swans' is a book in a million, a true story with all the passion and grandeur of a great novel. For this new edition, Jung Chang has written a new introduction, bringing her own story up to date, and describing the effect the success of 'Wild Swans' has had on her life.

'It is impossible to exaggerate the importance of this book' Mary Wesley 'Everything about Wild Swans is extraordinary. It arouses all the emotions, such as pity and terror, that great tragedy is supposed to evoke, and also a complex mixture of admiration, despair and delight at seeing a luminous intelligence directed at the heart of darkness' Minette Marrin, Sunday Telegraph 'Immensely moving and unsettling; an unforgettable portrait of the brain-death of a nation' J.G. Ballard, Sunday Times 'Wild Swans made me feel like a five-year-old. This is a family memoir that has the breadth of the most enduring social history' Martin Amis, Independent on Sunday 'There has never been a book like this' Edward Behr, Los Angeles Times

Jung Chang was born in Yibin, Sichuan Province, China, in 1952. She was briefly a Red Guard at the age of fourteen, and then a peasant, a 'barefoot doctor', a steelworker and an electrician. She came to Britain in 1978, and in 1982 became the first person from the People's Republic of China to receive a doctorate from a British university. She lives in London.