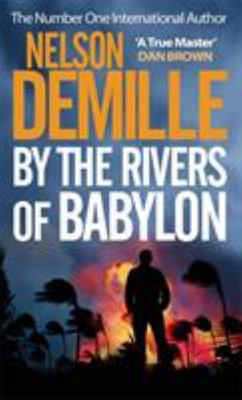 By the Rivers of Babylon

They were forced to meet by the rivers of Babylon...In Israel, two Concorde jets take off for a UN conference that will finally bring peace to the Middle East. Covered by F-14 fighters, accompanied by security men, the planes carry warriors, pacifists, lovers, enemies, dignatories - and a bomb planted by a terrorist mastermind. Suddenly they're forced to crash-land at an ancient desert site. Here, with only a handful of weapons, the men and women of the peace mission must make a desperate stand against an army of crack Palestinian commandos - while the Israeli authorities desperately attempt a rescue bid. A story of compulsive excitement, rich in personal drama and political tension that must rank as one of the greatest of our times.

Nelson DeMille was born in New York City in 1943. He grew up on Long Island and graduated from Hofstra University with a degree of Political Science and History. After serving as an infantry officer in Vietnam, where he was decorated three times, DeMille worked as a journalist and short story writer. He wrote his first major novel, By the Rivers of Babylon, in 1978 and has gone on to write many other international bestsellers, with sales of over 55 million copies in 24 languages. He lives on Long Island.