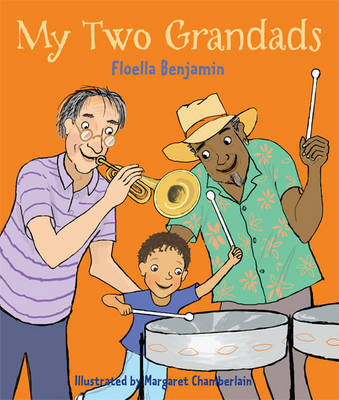 Aston's Grandad Roy played in a steel band and Grandad Harry played the trumpet in a brass band. Aston always enjoyed going to visit them and listen to them practise. But soon he wanted to join in. So he asked Grandad Roy to teach him to play the steel drums and then he asked Grandad Harry to teach him to play the trumpet. He loved practising both instruments. Then the school needs a band to play at the school fair, and both grandads want their own band to play. Finaly Aston had an idea - both bands join together to make one big band, and Aston joins in first on steel drums and then on trumpet. This delightful story of a mixed-race family reconciling their very different cultures is a wonderful celebration of diverse cultures. Written by one of Britain's foremost campaigners and media personalities and illustrated by a highly regarded illustrator, this book is sure to build on the success of My Two Grannies.