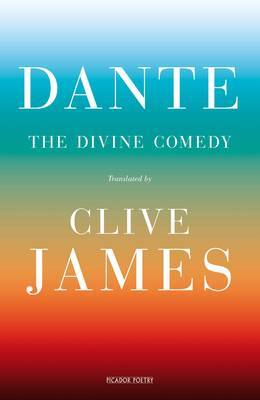 'Finally I realised that I had been practising for this job every time I wrote a quatrain ...I had spent all this time -- the greater part of a lifetime -- preparing my instruments' The Divine Comedy is the precursor of modern literature, and Clive James's new translation -- his life's work and decades in the making -- presents Dante's entire epic poem in a single song. While many poets and translators have attempted to capture the full glory of The Divine Comedy in English, many have fallen short. Victorian verse translations established an unfortunate tradition of reproducing the sprightly rhyming measures of Dante but at the same time betraying the strain on the translator's powers of invention. For Dante, the dramatic human stories of Hell were exciting, but the spiritual studies of Purgatory and the sublime panoramas of Heaven were no less so. In this incantatory new translation, James -- defying the convention by writing in quatrains -- tackles these problems head-on and creates a striking and hugely accessible translation that gives us The Divine Comedy as a whole, unified, and dramatic work.

'This is the translation that many of us had abandoned all hope of finding. Clive James's version is the only one that conveys Dante's variety, depth, subtlety, vigor, wit, clarity, mystery, and awe in rhymed English stanzas that convey the music of Dante's triple rhymes. This book lets Dante's genius shine through as it never did before in English verse, and is a reminder that James' poetry has always been his finest work.' Edward Mendelson, Columbia University 'Clive James' translation of The Divine Comedy is a remarkable achievement: not a scowling marble Dante of sublime set-pieces but a living, breathing poet shifting restlessly through a dizzying succession of moods, perceptions, and passions. Under James' uncanny touch, seven long centuries drop away, and the great poem is startlingly fresh and new.' Stephen Greenblatt, Harvard University, author of The Swerve

Clive James is the author of more than thirty books. As well as verse and novels, he has published collections of essays, literary criticism, television criticism and travel writing, plus four volumes of autobiography. In 1992 he was made a Member of the Order of Australia, and in 2003 he was awarded the Philip Hodgins memorial medal for literature.