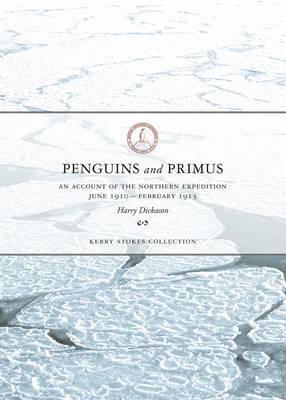 Penguins and Primus: An Account of the Northern Expedition June 1910-Febuary 1913

In summer clothes, with only eight weeks worth of provisions, six men found themselves trapped at Terra Nova Bay. These men, members of the the ill-fated British Antarctic Expedition, were forced to winter in a snow cave eating only penguin and seal meat before trekking the 230 miles back to base camp. In Penguins and Primus Dickason's affectionate descriptions of his time with the Northern party, are an individual and detailed account of one of the most well-known expeditions of the Heroic Age.

The exploration of the Antarctic during the 20th century is one of my collecting interests. I am delighted that ... Harry Dickason's journals and notes are published here for the first time and illustrated with his drawings. Kerry Stokes AC