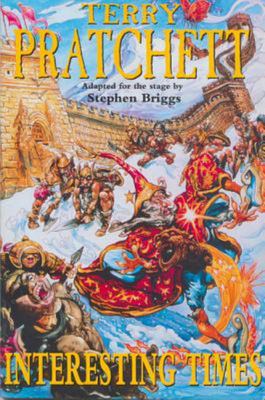 A new stage adaptation of one of Pratchett's best-selling novels

The Discworld's most inept wizard has been sent from Unseen University in Ankh-Morpork to the oppressive Agatean Empire to help some well-intentioned rebels overthrow the Emperor.

He's assisted by toy-rabbit-wielding rebels, an army of terracotta warriors, a tax gatherer and a group of seven very elderly barbarian heroes lead by Cohen the Barbarian. Opposing him, though, is the evil and manipulative Lord Hong and his army of 750,000 men.

Oh...Rincewind is also aided by Twoflower - Discworld's first tourist and the author of a subversive book, about his visit to Ankh-Morpork, which has inspired the rebels in their struggle for freedom.

The book is called "What I Did On My Holidays"."One of the funniest authors alive" Independent