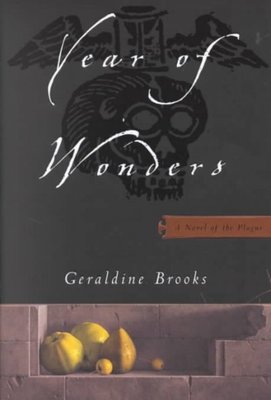 Year of Wonders : A Novel of the Plague

When an infected bolt of cloth carries plague from London to an isolated mountain village, a housemaid named Anna Frith emerges as an unlikely heroine and healer. Through Anna's eyes, we follow the story of the plague year, 1666, as her fellow villagers make an extraordinary choice. Convinced by a visionary young minister, they elect to quarantine themselves within the village boundaries to arrest the spread of the disease. But as death reaches into every household, faith frays. When villagers turn from prayers and herbal cures to sorcery and murderous witch-hunting, Anna must confront the deaths of family, the disintegration of her community, and the lure of a dangerous and illicit love. As she struggles to survive, a year of plague becomes, instead, annus mirabilis, a "year of wonders.' Inspired by the true story of Eyam, a village in the rugged mountain spine of England. Year of Wonders is a detailed evocation of a singular moment in history.