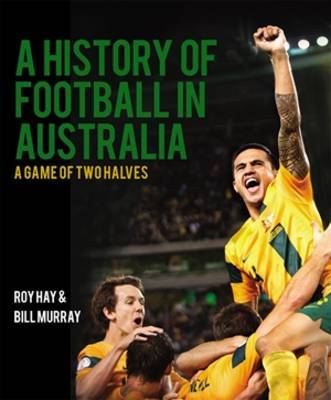 A History of Football in Australia: A Game of Two Halves

From nineteenth century impromptu football games to the professional matches of the Socceroos and Matildas on the international stage - Australia's fastest growing sport has a fascinating and turbulent history. International successes and the creation of the A-League in 2005 fuelled nation-wide enthusiasm for the 'game of two halves'. Roy Hay and Bill Murray's lively and provocative account traces the history and development of football in Australia. The authors tell the story of a sport they have loved and followed all their lives, and shed light on the important role football has played in some of the nation's most important topics: immigration, integration, and an evolving national identity.

Roy Hay co-authored The Story of Football in Victoria and edited The World Game Downunder with Bill Murray. He worked as an academic and journalist, and has been involved in football all his life - as a player, coach, manager, club official and referee. He holds an Honorary Fellowship from Deakin University. Bill Murray has widely researched and written on the history and social impact of football. His book The World's Game: A History of Soccer was translated into several languages. Other works include an account of Scottish football clubs Celtic and Rangers, and editing The World Game Downunder.