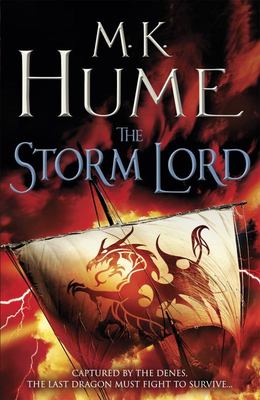 Storm Lord (#2 Twilight of the Celts)

The legend of King Arthur lives on...Crippled with hunger and weary to the point of collapse, Gareth Minor enters the fortress of Arden to deliver the dire news that Lord Arthur, the Last Dragon, has been captured by barbarians and taken to the frozen north. With Father Lorcan and Germanus by his side, Gareth embarks on a quest to rescue his master. Meanwhile, in the Land of the Denes, Arthur and his fellow prisoners enrage the Dene King when they are presented at court. Fleeing for their lives, Stormbringer, their captor turned protector, leads them to safety. But the northern shores are under threat of invasion and Stormbringer and Arthur unite in battle, knowing few will survive...

Hume brings the bloody, violent, conniving world vividly to life...will appeal to those who thrill to Game of Thrones and other tales of intersecting, ever-warring, noble lineages Kirkus Review Hume deftly navigates the Arthurian legends, populating them with likable and despicable characters, and casting them in a fully realized historical setting Publishers Weekly Historical fiction of the most bloodthirsty and roistering kind Australian Bookseller & Publishers Magazine Exciting, violent and bloody... Up there with Conn Iggulden and Bernard Cornwell www.lovereading.co.uk It's a slice of history that's totally, utterly believable. Magnificent www.booksmonthly.co.uk

M. K. Hume is a retired academic, who is married with two grown-up sons and lives in Queensland, Australia. Having completed an MA and PhD in Arthurian Literature many years ago, M. K. Hume has now written a series of magnificent novels about the legend of King Arthur. For more information visit: www.mkhume.com.